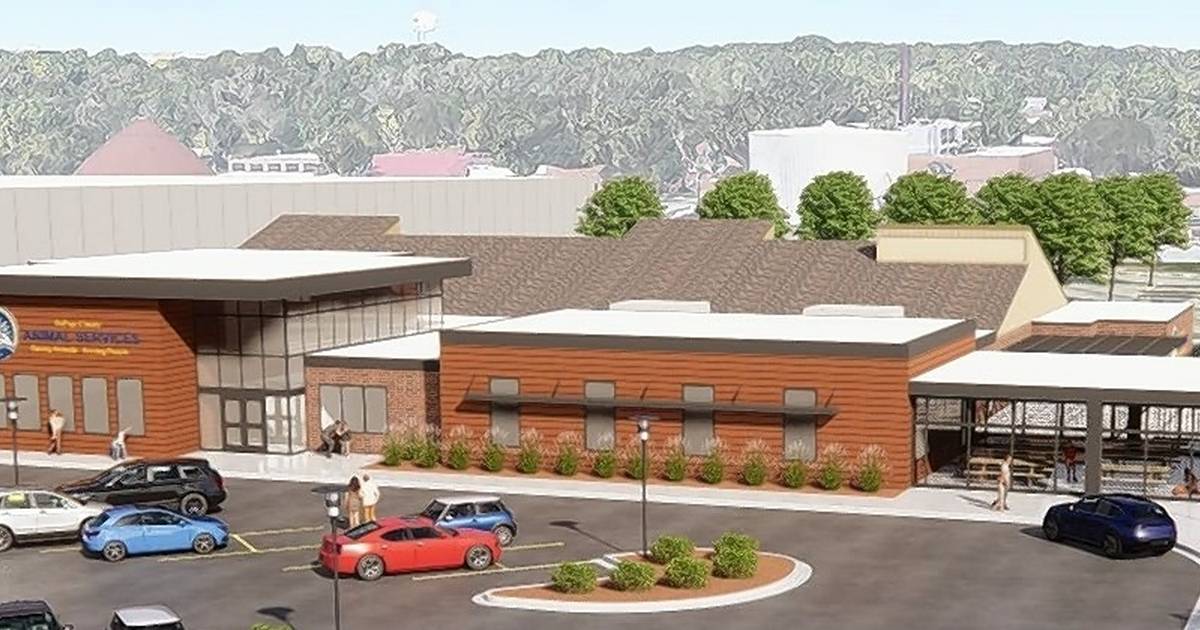 A husky named Hunter could barely stand when the DuPage County Animal Shelter took in the emaciated dog.

Hunter was “on the verge of death”, having barely survived the neglect, recalled Dr. Barbara Hanek, the veterinary administrator for the county animal services department.

“We are literally the safety net for unwanted or homeless animals in our community and beyond,” Hanek said.

The only open-admission shelter in the county finally found Hunter a new adoptive home. The husky has gained 25 pounds and “he’s healthy and happy,” Hanek said.

There are many more before and after stories like Hunter’s: 89% of animals brought to the shelter left with a new chance at life last year. A decade earlier, the shelter had a “live release rate” of just 57%.

“The problem is that our building hasn’t kept up with the progress we’re making,” Hanek said.

After years of chronic overcrowding, county officials and animal advocates are planning a major expansion of the 1970s building in Wheaton.

The $10.96 million project would add a 9,750 square foot addition, as well as major renovations, to the building across from the county government campus. The expansion plan includes a new main entrance on Manchester Road, additional kennels and separate rooms for the cats.

The shelter now admits more than 2,000 animals a year. And it’s not just cats and dogs. Rabbits, chickens, ferrets, hamsters, guinea pigs, lizards, birds and even a goat found themselves in the care of the refuge.

“All of these animals need special housing and personalized feeding,” Hanek said, noting that some supplies are stacked to the ceiling. “Unfortunately, both of these things require a lot of space, which is something we don’t have.”

Shelter staff and volunteers make do with the cramped quarters. Space is so tight that animal cages line the hallways.

“And it’s just not when we’re busy. It’s all the time,” Hanek said, giving county council members a recent overview of the expansion project.

Space issues become apparent when visitors enter the building. The public lobby doubles as an overflow area with stacks of animal crates. The “happy events” – pet adoptions – and the saddest ones – abandonment – go through the same lobby, Hanek said.

“We think a different layout would prove much safer if you had separate entrances for the two,” she said.

The project would provide a more welcoming space to advise pet owners on issues they are having with their pets. A new outdoor community space could offer training and educational events.

“We are no longer the dogcatcher. We are not the pound,” said Laura Flamion, operations manager. “We do more than just welcome animals to the shelter.

Medically, a veterinary facility would ideally have separate areas for surgeries, surgical prep, and dental care. But all of this happens in a “surgery room” due to space constraints, Hanek said.

“And that’s unfortunate because that’s the last thing a surgeon wants if you have your abdomen cut open is to have hair flying through the air and bacteria in the air from when you’re doing dental work and using a drill,” Hanek said.

Design plans from Knight Engineers and Architects show an extensive surgical and recovery suite. Different species would also have their own dedicated spaces, reducing stress.

“It allows us to provide the best animal care, reaching out to some of these medical spaces,” Flamion said. “And it also leads to better animal outcomes.”

The operations of the shelter are not funded by taxpayers’ money. Instead, it relies on selling rabies tags and volunteers to care for animals that often arrive, like Hunter, in poor condition.

“It takes an incredible team and significant resources to get them happy and healthy so they can be adopted and transferred to rescue groups,” Hanek said.

County and shelter leaders have offered to use a combination of funding sources to pay for the project. The estimated cost includes $900,000 for contingencies and escalation.

“Animal Services has been planning this project for many, many years, so they already have $4 million in reserves” for the expansion, said Nick Kottmeyer, county chief administrative officer.

Council members are also considering providing a loan from the county’s general fund to cover the rest of the costs. The original $4.5 million loan would be repaid if taken out, but a fundraising campaign by DuPage Animal Friends aims to reduce the amount taken from the interest-free loan.

“The thought process is that the vast majority, if not all, will never be taken due to fundraising efforts,” Kottmeyer said. “But there needs to be a safety net, and that’s where the general fund comes in. It allows fundraising to happen throughout the project, with construction not even starting until March 2023. “